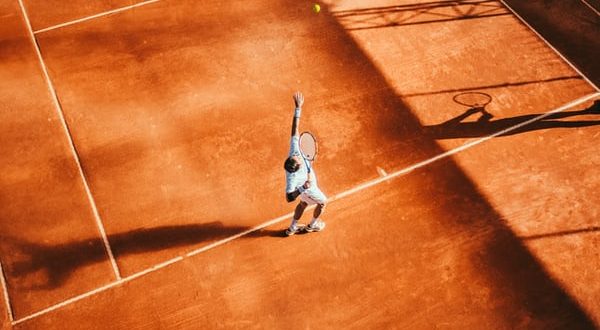 I was in a meeting recently, focused as most business meetings are these days on doing things differently to navigate the global pandemic, when a co-worker declared that we “need to act our way into a new way of thinking.” It’s sound advice that made me think back to my 20s when I spent much time doing exactly the opposite – trying to think my way into a new way of acting by considering numerous career paths in my head and writing about them in journals but never actually testing them out in reality.

Two decades later, I’m a little better at putting this advice into action, but not as good as I should be – and lately I’ve been thinking about why that is and what to do about it. As far as I can tell, the problem with acting our way into a new way of thinking is that we are creatures of habit, so our actions often remain the same even when we have the best intentions for changing them. Research shows that we spend about half our time acting in ways that are driven entirely by habit. The bottom line: if our actions aren’t new, our way of thinking won’t be either. But our actions are so automatic that it doesn’t even occur to us to change them.

How do we break this cycle of habit-driven behavior and get ourselves to a point where we really can cultivate a fresher and more innovative mindset?

We can start with a book you’ve probably never heard of – The Inner Game of Tennis: The Classic Guide to the Mental Side of Peak Performance, by Timothy Gallwey. I could – and probably will – write a series of posts on this astonishing little book, which packs a thousand pages of insight into 130. One note: knowing something about tennis makes portions of this book more understandable, but it’s still well worth the read even if you’ve never heard of Roger Federer.

Gallwey, who captained Harvard’s men’s tennis team in the early 1960s and taught tennis before discovering his real calling as a performance coach, was a big believer in the wisdom of “acting our way into a new way of thinking” long before the phrase started turning up 1.2 billion hits on Google. In fact, he recommends we take this advice quite literally – by actually pretending that we’re actors. There’s two steps to this process.

Tennis is a challenging game, and, frustrated with their many mistakes and declining self-confidence, “most players hypnotize themselves into acting the roles of much worse players than they actually are,” Gallwey writes.

Which brings us to Step 1 in the acting process: pretend you are playing the role on television of a top-level tennis pro.

Gallwey writes: “What I’m mainly interested in is that you adopt professional mannerisms, and that you can you swing your racket with supreme self-assurance. Above all, your face must express no self-doubt. You should look as if you are hitting every ball exactly where you want to. Really get into the role, hit as hard as you like and ignore where the ball is actually going. … When a player succeeds in forgetting himself and really acts out his assigned role, remarkable changes in his game often take place. … You are quite consciously playing a role, but in the process, you may become more aware of the range of your true capabilities.”

These improvements are rooted in the interplay of what Gallwey describes as our two selves – Self 1, the voice in our head that tells us what do, and then Self 2, which actually has to perform the actions. We mostly let Self 1 rule our lives, with its insistent self-analysis, self-criticisms and self-judgments. Self 2, which is actually quite capable of learning though trial and error and is the reason we learn to walk and talk as children and do countless things competently every day as adults without thinking about them, gets greatly under-valued. When athletes or musicians talk about being “in the zone” where superb performance feels effortless, it’s because Self 2 has taken over. Letting Self 2 do its work means thinking a lot less, taking action a lot more, and letting our minds and bodies relax.

That brings us to Step 2 of the acting process: playing against your type.

In his teaching, Gallwey found that most tennis players settle into a certain approach about a year after they start playing. Some, like me, adopt a defensive style that’s predicated on grinding opponents down through long rallies. Other players go on offense all the time, trying to hit an ace or winner on every point. Still others focus on style and looking good, or being flexible enough to adapt their own game to their opponents’ game to exploit weaknesses.

Gallwey’s recommendation: pretend you’re someone else and experiment with a different style. “This kind of role-playing can greatly increase a player’s range,” Gallwey writes. “The defensive players learns that he can hit winners; the aggressive one finds that he can also be stylish. I have found that when players break their habitual patterns, they can greatly extend the limits of their own style and explore subdued aspects of their personality.”

Gallwey’s insights can be applied in basically any circumstance, which is why he’s also written books on The Inner Game of Golf, The Inner Game of Music, The Inner Game of Work, and The Inner Game of Stress. Tennis is a great way to test out his ideas because the stakes are low. It’s not really going to matter if you pretend you’re Serena Williams, try to attack the net and end up getting destroyed by your opponent. But maybe you’re not ready to bluff your way through a board meeting or try out a totally different style in leading an important project at work.

Context matters. But so does experimenting with Gallwey’s advice. What’s a safe place for you to put it into practice?