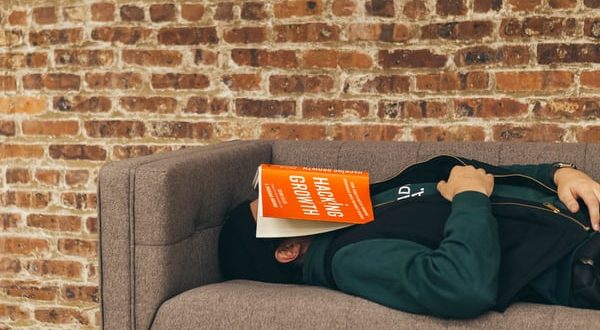 The two biggest breaks of my career happened because I did something I really didn’t feel like doing.

The first time, I was a year out of college and in between jobs. Leafing through an internship guide at a bookshop, I spotted an opportunity with a magazine in Washington, D.C. There was one big problem: applications had to be received by Monday; it was now Friday afternoon. That would mean writing a resume and cover letter and sending them by express mail before noon the next day. I drafted them longhand that night and planned to head to the computer lab early in the morning to type and print them. When I woke up, I didn’t feel like going. I was tired, the internship was a longshot, the whole situation felt hopeless. I’d nearly decided to stay in bed when a surge of energy propelled me out the door. Six weeks later, I started the internship – and a career in journalism.

The second time, I was 30 and worn down by the grind of daily newspaper work. While reporting a story, I’d learned about an opening for a public relations manager with a local organization I admired. The job description called for a minimum five years of PR experience; I didn’t have any. The outgoing PR manager, whom I knew slightly, offered to set up an informal meeting with the hiring manager. This, too, felt like a longshot. The day we were scheduled to meet, I woke up with that familiar sense of futility and seriously considered cancelling the lunch. The only reason I didn’t: the memory of fighting through a similar feeling seven years before on the way to landing that internship. I went to the lunch. Within a month, I’d landed the job and a new career in communications.

Those two stories came to mind recently when I encountered this insight in Farnam Street’s excellent weekly newsletter: “The biggest generator of long term results is learning to do things when you don’t feel like doing them.”

I couldn’t agree more. But how do we learn how to do that?

Expecting random waves of feelings to serve as motivation, like I did with the magazine internship, is a very risky strategy. I could just as easily have stayed in bed that morning. Relying on past experience to inspire action, like I did in my second example, isn’t much better. What if that memory from seven years earlier hadn’t crossed my mind when it did? Nor is pure willpower enough to make us do things when we don’t feel like doing them; research shows we deplete it quickly.

What we need is a system, one that trains us to set aside fleeting feelings altogether and stay focused on our goals. My own experience and interviews with dozens of highly motivated, highly productive people points to three clear actions that form the foundation of this system:

When I look back over the past 25 years, a clear pattern emerges: every truly meaningful experience – from getting married and raising a family to advancing professionally and completing a series of personal writing projects – has required doing many things I didn’t always feel like doing. Learning how to surmount those feelings and taking positive action requires lifelong practice. It’s never too late to start this work, and always too early to finish.